A horse with wings is also known as a Pegasus. Pegasus is known from Greek mythology, and is an immortal horse with wings. The name Pegasus is a boy’s name, Pegae, meaning “from a water spring.” This is supposedly because he was born near the Ocean, and is an offspring of Medusa and Poseidon. Pegasus is an all white horse with wings. He has powers that allow him to conjure water with his hooves at his command, powers that were most likely inherited from his father. Because Pegasus is similar to a horse, Pegasus’ dietary requirements are similar to that of one. They eat primarily vegetation, supplemented by fruits such as oranges and apples. Horses usually like being with a herd, but there is only one. Pegasus. He does not follow or find a herd, and was freely roaming around the earth until he got tamed. 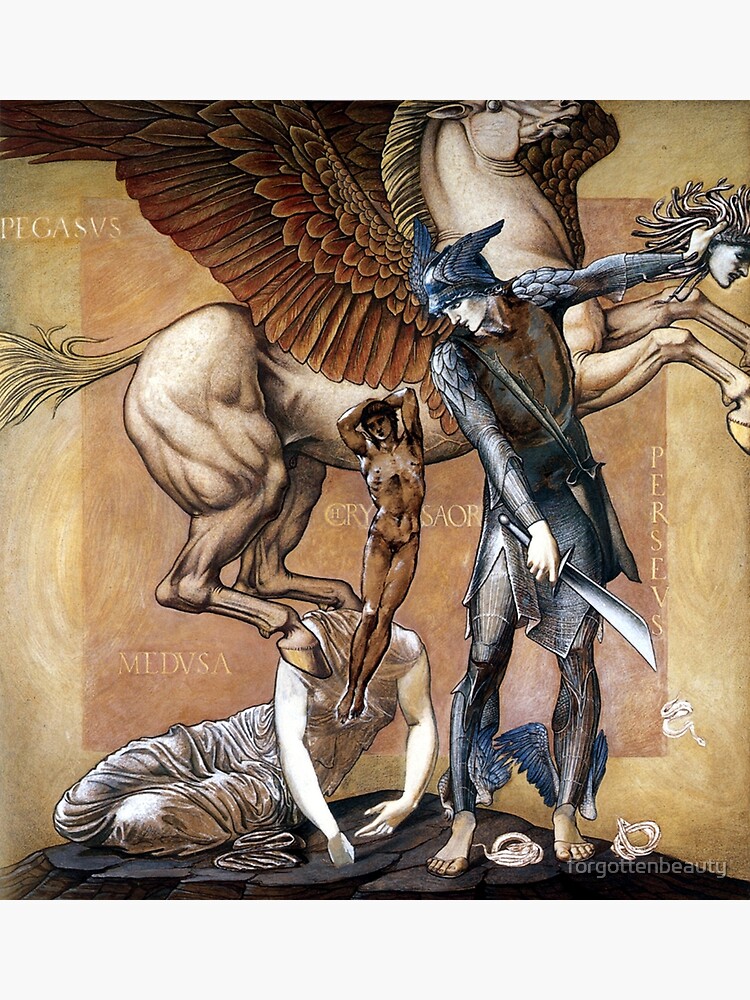 Horse with wings in Greek mythology

The story of the horse with wings, Pegasus, in Greek mythology starts from him being “born” from Medusa. Pegasus came from Medusa’s beheaded neck and his father is Poseidon. Medusa was slain by Perseus, who was wearing a reflective shield and winged sandals to help him slay the powerful monster. Originally Pegasus was wild and roamed around freely, until he was tamed by Bellophron (with the assistance of Athena) and then Zeus. We most commonly see Pegasus not as a lone, wild horse, but drawing Zeus’ chariot. In the Disney version, Pegasus was created by Zeus. After Pegasus’ many years of dutifully serving Zeus, Zeus rewarded him by turning him into a constellation.

Does a Horse With Wings Exist

In reality, a horse with wings does not exist. It is actually impossible, as there is not enough room in a horse’s body to hold the muscles to operate its wings to fly. An average horse weighs approximately 890 pounds. That, along with their thick density bones, non-aerodynamic shape, and hair make a horse with wings structurally difficult to be able to have the support they need to be able to lift off the ground. Another aspect to take into consideration is that the wings typically depicted on the Pegasus are “angelic” wings, not wings that are usually on real life birds. This means that they would not fly and glide, like birds typically do to save energy. Rather, Pegasus would have to constantly flap his wings in order to stay in the air. Given the weight of an average horse, it would take an unimaginable amount of strength to support that! It makes sense that Pegasus could fly in mythology, because it is not bound to the real-world science of gravity. To further understand why a horse with wings can’t fly, we can observe the way birds and how they fly. Not only does an average flying bird weigh 33 pounds, but if you take a look at their body structure, they are equipped with characteristics that help them fly; such as feathers, beak, and light body frames that are supported by hollow bones.The feathers are light, with the wind being able to glide over them as a bird flies. The beak is pointed and sharp, helping the bird cut through the wind for efficiency. Finally, the light body frame that are supported by hollow bones allows for birds to be able to weigh as light as possible so that they don’t need much strength to be able to take flight. These are all features that a horse with wings does not have.

What is a horse with a horn called?

A horse with a horn is called a Unicorn. A Unicorn is also a mythical animal resembling a horse, except that it has no wings and a horn in the middle of its forehead instead. The unicorn’s horn looks most similar to a narwhal tusk, having a long, twisted horn with a pointed tip. A unicorn is believed to hold special magical powers, such as having healing properties stored in its horn for those who are fortunate enough to drink from it. One of the earliest references to a horse with a horn are from Mesopotamia art, Chinese myths, and Indian myths. In an ancient Greek story known as Physiologus, a unicorn could only be captured if a virgin female was presented right before it. After that, the unicorn would “leap” onto the virgin’s lap, while the virgin would take them both to the king. Much like the horse with wings, a unicorn also has powers. The horn would protect its user against poisoned liquids, or could purify poisoned waters by dipping its horn into it. Both unicorn and Pegasus are popular mythical horses so much that there are names for combining them: Unipeg or pegacorn. However, unlike the unicorns, there is only one Pegasus that exists in the world. The horse with wings, Pegasus, is truly one of a kind.